New 5-star address in Rome, the second of the Evok Hotels group on Italian soil, after the Venice pipeline: the Nolinski Palace Venice. In particular, Zaka Investments and Evok Hotels, both owned by Pierre Bastid and managed by Romain Yzerman and Emmanuel Sauvage respectively, took over a property in 2021, a former school, with the aim of converting it. in receptive: the first hotel of the Brach brand in Rome.

The development of the hotel complex will be entrusted by the archistar Philippe Stark. Located in Via Luisa Di Savoia, the 5,000 m2 building that once housed a school will be transformed into a luxury five-star hotel. After Brach Paris and Brach Madrid, currently undergoing a transformation, the Brach Roma will have 62 rooms and suites, a roof-top, a restaurant, a patisserie and a fitness center with a 25m private swimming pool. The opening is scheduled for 2025. Zaka Investiments, which carried out the transaction through the vehicle AKAZ S.à.r.l., co-invested in the project together with the management companies Inter Invest Capital S.a.s. and Eternam S.a.s.

The transaction allows Zaka Investments, already present in France and Spain, to further develop its positioning in the Italian high-level hotel market. The acquisition and conversion operation also follows that finalised by the tandem Evok Hotels and Zaka Investments in Q4 2017 which, in Venice, had taken over the building of the former Venetian headquarters of the Chamber of Commerce in Calle Larga XX Marzo to convert it into a luxury hotel from approx. 50 rooms. Six Senses focuses its attention on Italy: 7 structures are planned

Luxury on Lake Garda: SPA-Hideaway Cape of Senses is born 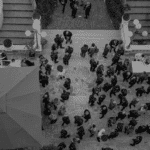 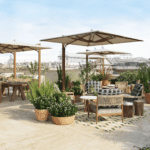 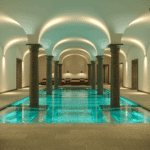