The details of the regeneration project of the area around the Ventimiglia Marina have recently been published.
Namira SGR (owner of the complex), with the support of anchor investor Robert Thielen (founder of Waterland, active in four continents with personal investments in 20 countries) will invest, through the BDF fund, over EUR 200 million in the project for the urban regeneration of the Marina (whose management was acquired in 2016 by Monaco Ports).
The project, presented on April 22nd, relates to the development of a total area of ​​approximately 57 thousand square meters.
The regeneration process includes several interventions: the main one will involve the Scoglietti and Marina San Giuseppe area.
Here, a 5* hotel structure with 20 rooms will be developed, equipped with gym, spa and restaurant plus an additional 60 serviced apartments and a further 70 residential apartments. The project also includes the construction of a restaurant and an important F&B center.
Borgo del Forte Campus will be built in the Campasso area: an international campus featuring 6 tennis courts, an Olympic swimming pool and an international school with an adjoining dormitory.
According to a Nomisma analysis, the total investment would add up to approximately EUR 200 million.
Namira had already previously concluded an operation in the Marina segment, but in this case purchasing the building areas (approximately 100,000 square meters) surrounding the Pisa Tourist Port, acquired on April 12th through the Pisa in Progress fund.
The Pisa project involves the real estate development for both hospitality and residential use. As for the accommodation component, a 5* hotel and approximately 200 serviced apartments will be developed.
In Ventimiglia, currently, there are no 5* hotels, the development in the Marina will represent the first 5* hotel in the town.
On the other hand, in the Province of Imperia, there are 3 operational structures in the Upper Upscale & Luxury category, for a total of 242 rooms.
The performances of the 3 structures in the province recorded an increase in revenues/room and TRevPAR of CAGR + 5% in the period.
TRevPAR, starting from EUR 257 in 2013, reached EUR 350 in 2019. 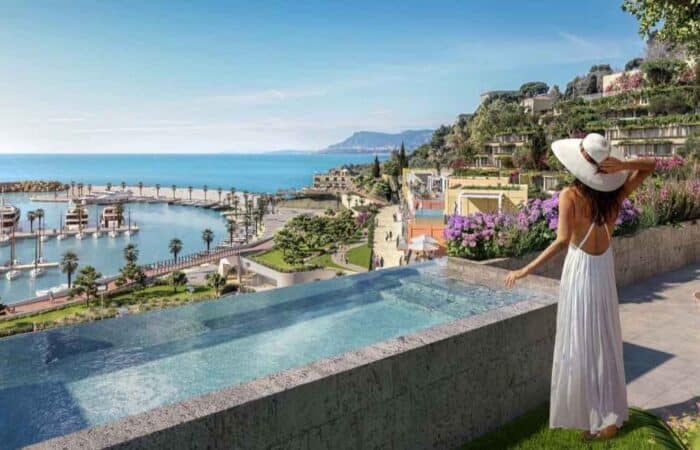