Percassi immobiliare is placing the second tranche of EUR 1.98 million minibonds on Crowdbond, the private debt platform of the crowdinvesting portal Opstart.

This operation represents the second placement of Percassi, following the placement carried out in August 2020, when the company put in circulation bonds for EUR 3.02 million.

Over the years the group has already opted to exploit multiple financing channels, including, in June 2020, the collection of a EUR 12.5 million loan from Intesa Sanpaolo, guaranteed by SACE to support the company’s working capital.

The real estate total issue would now then rise to EUR 5 million.

Immobiliare Percassi, founded in 1982, has been carrying out several real estate development projects across all asset classes. For what concerns its hospitality asset class, the company has recently been developing/renovating 5 hotels, respectively: 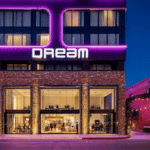