Milan, and in particular the Rogoredo district, is getting ready to welcome a new player in the world of hotel chains. Last year the construction of a new 10-floor building was announced in the suburban district, renovation of which began some years ago with the redevelopment of the former industrial area. The new construction, born over the rubble of an uncompleted industrial building, will be owned by the group Toyoko Inn. The Japanese chain, established in 1986, already accounts for more than 270 hotels all over the world and is ready to open a brand new one in Milan. The structure will have 490 keys and all the typical features of the group’s hotels, whose market is mainly identified in low cost business trips.
Toyoko Inn is neither the first, nor, hopefully, the last hotel group from the East Asia to establish in Italy. In recent years, following international trends, many other Asian chains have invested in Italy, as for example did Aman (Singapore), Mandarin Oriental and The Pavilions Hotels & Resorts (both based in Hog Kong).
The greatest effort so far was made by the Taiwanese LDC Hotels & Resorts, which first moved in 2014. Today it operates 5 structures, for a total of about 400 keys. LDC positioning took on mainly leisure demand, establishing themselves in cultural destinations as Rome and Venice. Next opening is planned for spring 2021 in Florence.
Following this destination trend, in the last years the Italian hospitality market has welcomed other players as the aforementioned Pavilions in Rome, where the “First” brand was introduced, and Aman in Venice, together with the Plateno Group (China). Mandarin Oriental has instead chosen the very centre of Milan for its first Italian structure in 2015, followed by the opening of the Mandarin Oriental Lake Como in Blevio (CO) in 2019. Also Como Hotels & Resorts, headquartered in Singapore, recently entered the Italian market with the acquisition of the Castello del Nero nearby Florence.
The total number of keys currently operated by East Asian chains accounts for almost 900, amount destined to increase in the next years. Some pipelines have in fact been announced, in addition to Toyoko Inn in Milan: 20 keys in Florence by LDC, 40 keys by Como nearby Siena and 140 keys by Langham Hospitality in Murano, near Venice.
The scale of the mentioned structures makes clear what the ambitions of the eastern groups are: the prevailing segment is Upper Upscale & Luxury. This high positioning, combined with the selection of exclusive locations, proves the aim of attracting Asian demand, ensuring the opportunity to live the Italian experience within the “domestic” walls. It is clear, however, that the global dimension of these brands has given them an international appeal, no longer limited to Asian markets alone. 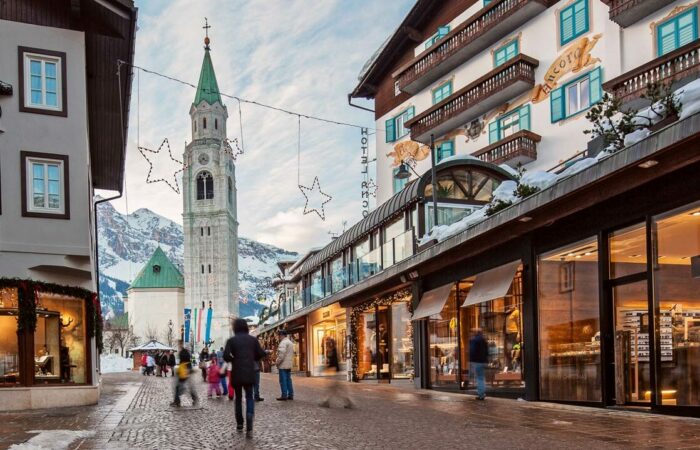 Cortina and its hospitality future